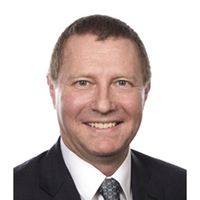 With 2017 well underway, we want to sincerely thank our customers for all of the valuable feedback and collaboration you shared with us during 2016. Last year saw many improvements and new features for Cael LPM, and all of those things wouldn’t have been possible without our users.

Many new features and enhancements were added every month, and a complete history of release notes can be found on our Cael LPM updates page, but we’d like to take a moment to highlight some of last year’s key milestones, which included:

We have also been working on some important enhancements slated for release in early 2017, including:

For 2017 we will continue to enhance Cael LPM with intuitive, easy-to-use features for lawyers to plan and manage matters. We are already developing stronger collaboration and discussion tools that enable in-house and outside counsel teams to work together more easily. The objective is to reduce the amount of email traffic taking place outside the matter, and recording information directly in the matter plan itself. Also in the works is a change in the design of Cael LPM matter plans to enable estimating and budgeting at Task level, and thereafter manage the matter at Phase level. This model reflects the way clients prefer to initially plan and then subsequently run/monitor larger matters.

Progressively over the year, as the scope of these projects becomes clearer, we will embark on creating Dashboards and Homepage improvements, to display matter and workload information relevant to each user type. We will also redesign the Rules, Alerts, Events and Notifications feature, to report across a range of matter performance, at levels preferred by clients.

Beyond that, features like supporting multiple chargeout rates for each participant (to enable time-increasing rates for long term matters, and specific discounts at Phase and Task level), and additional APIs for closer integration with a firm’s other business systems, are also planned.

In partnership with our users, the Elevate team is committed to making Cael LPM the most helpful tool of its kind for law departments and law firms working as one legal team.

We thank our clients for their continued support, feedback and partnership as we continue to push the innovation curve, learning every day and juggling numerous requests to improve our product.

“In partnership with our users, the Elevate team is committed to making Cael LPM the most helpful tool of its kind for law departments and law firms working as one legal team.”

Client Management Suite Part 2: The Cost of Customer Service Failure – From Winning the Matter to Getting Paid
Arnold Mitt