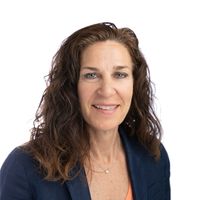 I had the pleasure of attending the 2018 National Gay & Lesbian Chamber of Commerce (NGLCC) International Leadership Conference this summer, and since then have been reflecting on the issues raised.

Elevate became a corporate member and National Legal Industry Partner as part of the launch of Synergy, Elevate’s Diversity and Inclusion initiative. I am proud to be part of a company that values diversity and inclusion; understands its importance in today’s corporate landscape; is willing to dedicate real resources to its support, and whose executives possess the self-consciousness to understand that there is work that can be done on this front.

Those who follow diversity and inclusion efforts in the legal industry are well aware of the constant call for greater efforts to be made to make the industry more diverse; to promote more women and minorities, as well as the relative lack of success of the initiative over time.There is no simple fix. To further complicate matters, the intersection of race, gender and sexuality can create competing priorities, and the reality is that some minority groups have made more progress than others. In a world that often tends to be polarized, we may find ourselves more divided than united in the struggle to make our workplaces reflect the varied backgrounds and experiences we stand to benefit from. That may be the reason the NGLCC decided to make Unity the theme of this year’s conference, and it got me thinking about how we can promote a culture of diversity and inclusion that is long-lasting and truly makes an impact.

One way for a company to commit to hiring and retaining diverse employees is to focus on creating an open and inclusive company culture. Company culture consists of values, beliefs, assumptions, attitudes, and behaviors shared by the people within that company. It has the potential to act as a major driver in the success of diversity and inclusion efforts.

Some top companies are now choosing to phase out traditional employee resource groups (ERGs) and to concentrate more on inclusion, which avoids the divisiveness that can result from pursuing personalized agendas. I am constantly pre-occupied with strategies to create more openness and acceptance rather than focusing on difference. This does not mean taking a one-size-fits-all approach, covering over who we are, or avoiding discussions of what makes us diverse in the first place. On the contrary, talking about difference, power structures, bias, and how company culture can impact inclusiveness, is vital to creating more openness. In order for these discussions to take place in the first instance, a company must foster a culture that values difference. Studies have shown that organizational culture is the biggest predictor of employee retention and performance, and is directly related to diverse and inclusive workplaces. The price to pay for having a monolithic culture is a loss of talent and innovation.

While I agree that one cannot manage what one cannot measure, we should be wary of pre-occupation with diversity data and not assume we have achieved equality by relying solely on diversity numbers that look good; running the risk of seeking a conclusion and making the data fit that conclusion. Fostering inclusion by creating a company culture that not just embraces difference, but values it, and leverages it, is a necessary pre-condition for attaining a sustainable diverse workforce. This behavior starts with leadership at the top, but is driven at all levels, primarily through leading by example. A culture of openness and acceptance where people are communicative and not afraid to talk about, and embrace differences is one which will breed further diversity.

Building a Diverse and Inclusive Corporate Culture from Day One

Elevate has shown its commitment to diversity and inclusion by investing time, effort and real resources in its diversity initiative and by becoming a member of the NGLCC. Many NGLCC corporate members are Fortune 500 companies and decades-old brands who have worked on diversity and inclusion for a long time. As demographics have shifted, their task has been to attempt to transform a corporate culture historically dominated by straight, white men, to one that not just values difference but views it as an asset.

Asking leadership to take on such a task, when as a direct result of this process they may have to undermine their own power and pre-dominance, is a huge undertaking. This underlies much of the continued failure of Big Law to make progress in promoting and retaining more women and minorities. It is also the reason that allies must be actively involved in D&I initiatives.

It is arguably easier to build a company that is diverse and inclusive than it is to change a culture imbued with tradition and averse to change. However, one need only look to Silicon Valley to understand that it’s not a given that younger companies and startups will invest in, or be successful at diversity and inclusion. Elevate has chosen to make D&I a priority early on, thereby weaving it into the fabric of the company’s culture. However, we take nothing for granted, and so we understand that inclusiveness doesn’t just happen–one needs to advocate for it and make it a top priority. Elevate has chosen to do so as part of its overall mission of creating change in the legal industry, and this makes for an exciting and rewarding challenge.

“Studies have shown that organizational culture is the biggest predictor of employee retention and performance and is directly related to diverse and inclusive workplaces.”