Postcards were once synonymous with travel and adventure—a way to stay connected from the road. They provided an image of the traveler’s whereabouts and space for personalized commentary. ‘I’ll send you a postcard’ was a common promise made to friends and family before embarking on a journey. I’m reminded of postcards during an October European speaking tour—6 countries and 20 talks in 25 days. With social media and its instantaneous but faux connection, postcards are a quaint anachronism. Part of me is hopelessly old-fashioned, so I’ll revive the practice of sending “postcards” for the next few weeks in lieu of normal columns. Each postcard will be a distillation of speeches, exchanges, and observations drawn from stops along the way. The objective is to stay connected and to continue piecing together the Legal Mosaic. 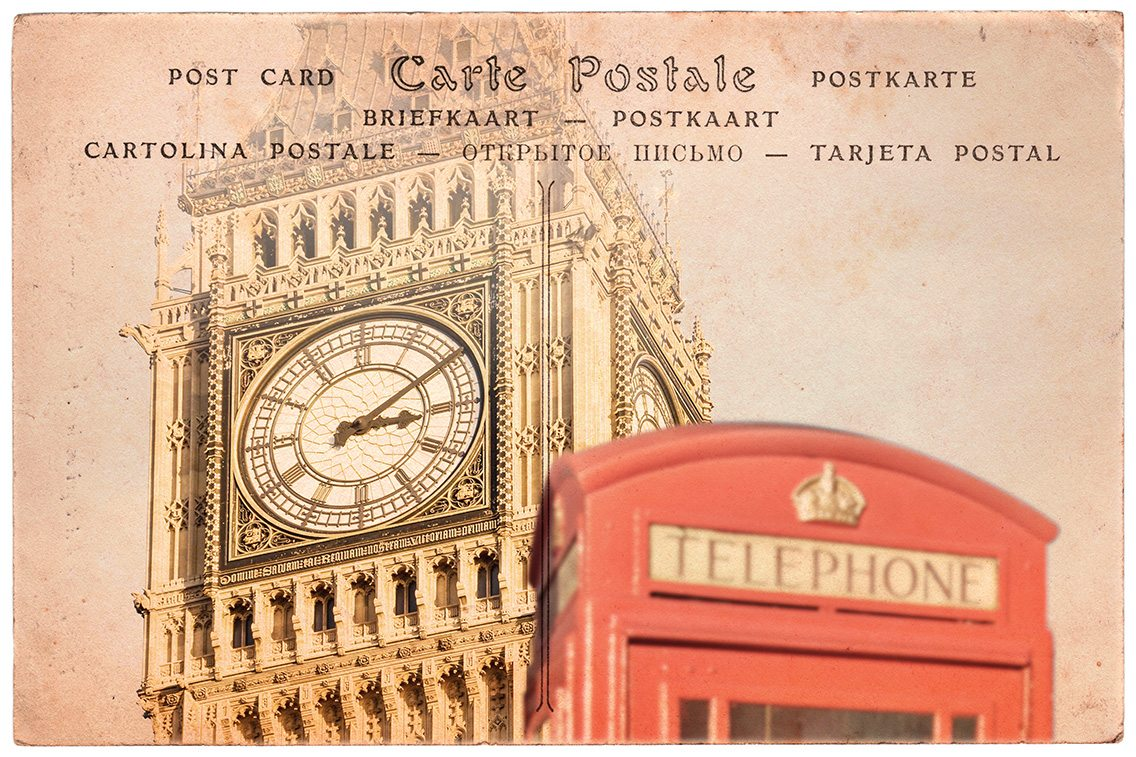 The news upon arrival in London was ominous. Catalans had voted to secede from Spain and violent demonstrations followed. Another European nation seemed headed towards a constitutional crisis. This came on the heels of Brexit, the U.S. three-ring circus, the reemergence of the far right as a political force throughout Europe—ominous reminders that the rule of law is fragile and under assault. Lawyers are more relevant than ever, and they must acquire the skills, stoke the passion, use the tools available, and have the guts to protect and defend democracy. That would be the common thread of my talks, no matter the venue or audience.

My first talk was to the Legal Education Foundation, a well-funded non-profit devoted to ensuring the legal profession serves the public. The Foundation is currently focused on the access to justice crisis; legal education—and more specifically the delta between academic training and market readiness; and how to harness technology to improve legal access and delivery, especially in the ‘retail’ market segment. My presentation focused on what it means to be a lawyer and what tasks they should perform—leaving other resources—human and machine, to perform everything else. This is the distinction between legal practice—tasks requiring differentiated legal expertise, skills, and professional judgment– and legal delivery or ‘the business of law. Legal practice is shrinking as legal delivery is entering the digital era where routinization; automation; products in lieu of services; gradations of legal ‘touch-points’; and lawyers equipped with new skills to augment ‘knowing the law’ become normative. Legal chatbots, artificial intelligence (AI); data analytics; predictive tools; collaboration between/among lawyers and other professionals, paraprofessionals, and machines will also be elements of legal delivery.

My recommendation to the Foundation was to consider the purpose that technology might usefully serve before funding new startups. What problem(s) is technology designed to address?; how easy to use and accessible is it?; and how can existing tools be leveraged to achieve the same end are all preliminary questions. Technology is a means to an end, and its relevance to problem solving requires experienced practitioner involvement in the build-out. Ironically, technology is subject to the same relevancy standards as humans.

The next stop was the Solicitors Regulatory Authority (SRA), an independent group of lawyers and non-lawyers whose mission is to oversee solicitors. They are taking bold steps to achieve a regulatory scheme that promotes competition, advances access to justice, encourages diversity, modernizes legal education, and creates a marketplace where the interests of legal consumers and providers are better aligned. The SRA is best known for sanctioning ‘Alternative Business Structures’ (ABS)—a liberalization of rigid legal structure rules. Critics say the SRA’s initiatives have failed to gain traction and that ABS-in particular- has yet to produce a scalable ‘disruptor.’ That view overlooks the remarkable environmental change that ABS has spawned. That is manifest in legal technology interest and investment, the rise of managed legal service providers—both in-house and outsourced—and a kick-start to innovation in a profession/industry characterized by stasis, limited consumer options, conservatism, resistance to change, insularity, homogeneity, and elitism. The SRA has been the UK legal profession’s version of the EU pre-Brexit– it has opened-up the legal island and promoted its alignment with business, technology, and the public interest. In the process, the UK legal market has been a beacon to the rest of the world, a place where self-regulation has yielded to a pro-public/pro-business and technology ethos.

Next, it was on to a speech at The Law Society. This regulatory group is the UK equivalent of The American Bar Association (ABA), a lawyer-based organization devoted to its constituency. The bulk of the audience was large city firm partners, marketing heads, ‘innovation’ leaders, and a smattering of General Counsel. The topic was the legal marketplace, competition, and trends. The highlight of the event was this remarkably frank question from a Magic Circle partner: ‘Should we really be concerned about innovation and change when we are making more bloody money than ever?’ My response: yes because a profound change in the buy-sell dynamic propelled by technology, the global financial crisis, globalization, and social media has disrupted multiple industries and that process is underway in legal delivery. Those forces are far too powerful for law to combat. Consider: (1) the separation from the pack by a few of The AmLaw 200; (2) a recent report by ALM Intelligence revealing that  law firms now account for only 25% market share; (3) changed customer expectations–‘faster, better, cheaper’ and ‘more with less’;  (4) new competitors–notably the BigFour, in-house departments, and legal service providers;  (5) the sustainability of the partnership model for economic, cultural, structural, and succession reasons; and (6) the emergence of legal operations–CLOC and its ACC counterpart—and the distinction between legal practice and delivery.

The Law Society event suggests that while big firms are not pushing the panic button, they are concerned about many of these issues.  A full house of white shoe types showing up for this kind of speech and being actively engaged confirms this conclusion.

A speech to a group of international law students at University College London Faculty of Laws was a reminder of how critical it is for students to be aware of marketplace changes and to acquire practice and ‘contemporary’ skills that include business basics, understanding how technology is used in legal delivery, collaboration, persuasion, personal brand development, and data analytics to cite a few. That’s precisely what the SRA had in mind when it recently announced changes to the UK’s ‘Super Exam,’ enabling prospective solicitors to take multiple routs to licensure.

The next stop was the Financial Times (FT) awards dinner. The British are no strangers to ceremony and galas, and this event did not disappoint. Aside from the concentration of industry leaders, the British Natural History Museum’s grand setting, an ample supply of champagne, and elegant black tie/formal revelers, the evening was notable for several other reasons. First was its kick-off, a recognition of the legal community’s commitment to human rights, access to justice, and the public good. That’s often overlooked in a discussion all-too-often focused on PPP, the latest firm merger, or sensationalist claims that AI will soon render lawyers redundant.

The FT event was also noteworthy for its focus on innovation in legal delivery– both from the in-house and law firm perspective. A huge gathering of industry luminaries—including law firms and in-house leaders– endorsing and awarding legal innovation is further evidence of a changing legal climate. There are many macro socio-economic factors that have contributed to change—technology, the global financial crisis of 2007, globalization, and social media. In the UK, it’s fair to add ABS– and the reboot of legal culture it strives to effect—as another contributing factor. Liam Brown, Executive Chairman of Elevate and a legal industry visionary and doer, delivered the evening’s concluding remarks. His presence at the podium—and Elevate’s sponsorship of the event–was an exclamation point to an evening celebrating change in the legal industry. Law firms–and lawyers–are no longer the only players in the industry.

The UK legal community is struggling with many of the same challenges confronting the US as well as other nations around the globe. Notwithstanding regulatory, cultural, practice, and linguistic differences between different legal markets, the changes, challenges, and opportunities uniting them are remarkably similar. Change is impacting the global legal marketplace—much of it is caused, as noted, by powerful forces that have changed the buy/sell dynamic and how we live and work. Common challenges include: legal education reform and preparing lawyers for a future that is already here; solving access to justice; defending the rule of law; creating appropriate guidelines for social media, ensuring that its role in the court of public opinion does not marginalize the legal system; and narrowing the delta between current legal delivery methods and customer needs and expectations. The opportunities are legion because the closed world of lawyers is now open to others with expertise, tools, and means to enhance its delivery capability. The emerging legal marketplace enables lawyers to leverage their legal training and (new) skills in a legion of different ways and  deploy them in new roles,  many of have yet to be created. It offers technologists, innovators, and other professionals the opportunity to collaborate with lawyers to provide holistic solutions to ‘wicked’ problems. All this will better serve the public and restore confidence that legal access is within their grasp. That’s critical, especially in the current political climate.

What’s a ‘Law Company’ and why are Legal Consumers Embracing it?
Mark Cohen

Postcards from Europe; Part 3: Paris and Back to London
Mark Cohen