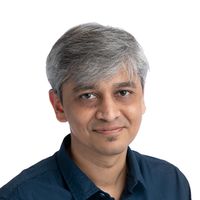 “Your US visa application is denied.”

“You fit our profile of a potential immigrant.”

“No point in reapplying tomorrow then, I suppose?”

“Not unless you manage to get married, have kids, earn at least ten times more and purchase some property overnight.”

This was my brief encounter with a US visa consulate officer in Mumbai back in 2002 at the dawn of my career. I had joined a spunky little start-up called Integral Media Services and they wanted to send me to New York for a month-long training program. It didn’t quite materialize.

Fast forward 15 years, and I have an opportunity to travel to Boston for a tech conference. I’ve only ticked off half the items on that old consulate officer’s checklist of a successful visa application. The new consulate officer chuckles at that story and stamps my application form with a green “Approved” sign. I’m on my way to the United States of America!

I arrived in Boston to attend the Quick Base Empower 2017, a week-long annual conference hosted by Quick Base. This conference was a chance for me to interact with fellow Quick Base developers from around the world and see how they use the platform to solve their problems, learn from experts, and get a sense of where the technology is headed. Besides, this was my first opportunity to represent Elevate on a global stage, which was both exciting and nerve-wracking in equal measure. 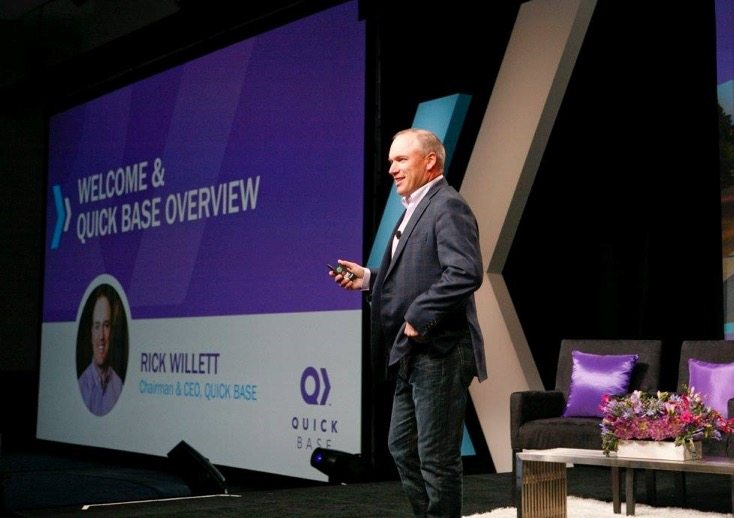 The conference kicked off with the App-a-thon: a competition to develop an application for a real-life use case in a single day. Developers were randomly paired in teams of four; my team consisted of a business development manager for a biotech company, an operations manager at a mining appliance company and a Java programmer at a software company. Our task was developing an application for Boston Harbor Now, a non-profit organization that, among other things, works with the department of transport and other stakeholders to arrange cost-free ferry services for orphanages and old age homes.

Since we only had about six hours to develop the application from scratch, we quickly figured out that we needed to distribute the workload. The business development manager led multiple rounds of back-and-forth discussions with representatives from Boston Harbor Now; the operations manager developed his notes from those discussions into an operational workflow; I translated that into a database diagram and started developing the base application; and the programmer added the bells and whistles to bring in that “wow” factor. Amidst all this chaos, we were asked to pick a name for our team. Somebody suggested “Appinators”, and we all nodded happily in agreement because it was a fun name, but mostly because we could now focus all of our attention back to the actual app. 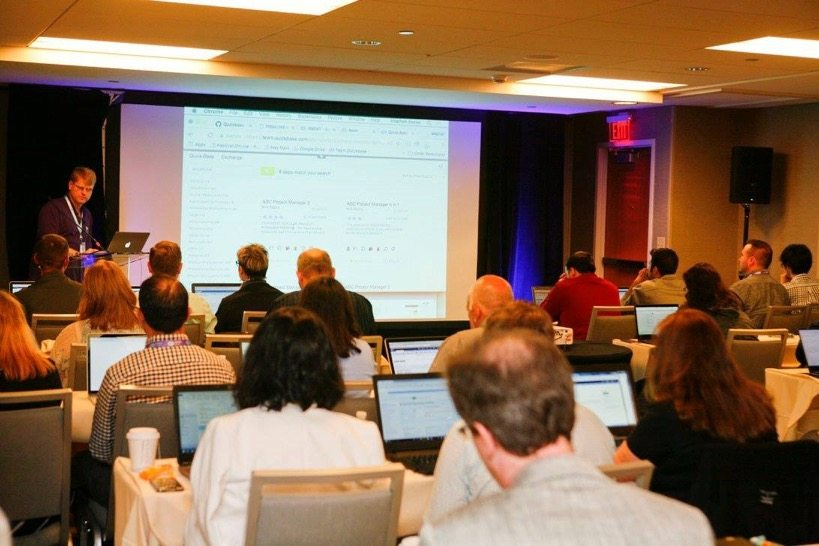 The biggest hurdle that I could perceive was getting used to one another’s working style in such a short span of time, respecting ideas that one may not necessarily agree with, and trusting that your team members are doing exactly what they’re supposed to be doing. It generally takes months (if not years) of working with others to get to a point where this happens seamlessly. That we only had a few hours to get to this point within our teams made this almost impossible. This competition was as much a test of temperament and people skills as it was of technical chops. I was lucky to be in a team of seasoned professionals who all seemed to get it right out of the gate, but not all teams were able to hold it together. Tempers flared around us and we overheard some rather colorful arguments. One of the teams pulled out of the competition by lunch, citing “creative differences.”

It was also during lunch that we learnt the format of the competition: the 16 remaining teams would present their app to a panel of Quick Base judges that evening, out of which two would make it to the final round. These two teams would then present their apps to the developers and sponsors from Boston Harbor Now the following day, and the winners would be announced at a networking party the day after.

It was 4:00 pm before we knew it, and the development floor was quickly transformed into a small makeshift auditorium. We knew we had a decent app on our hands, and we were one of the first teams to go up on the stage to present. What we gauged from the judges’ reaction was that our app had some great functionality but the interface and presentation could use some more polish. Watching other teams present their apps made us realize that we had some serious competition. I also had an interesting realization at a personal level during the presentations: most of us were probably–and proudly–the best Quick Base developers at our own organizations, but you truly get a clear picture of your skillset when surrounded by other talented developers. It was a powerfully humbling experience! 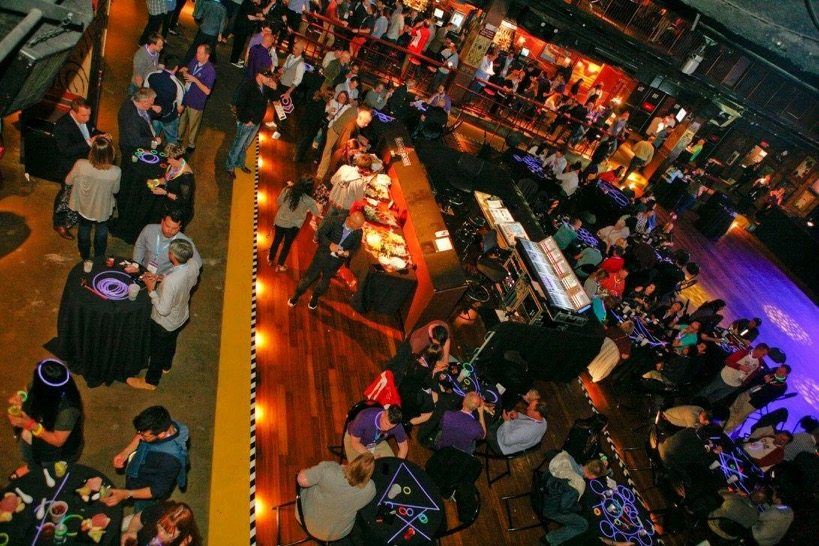 I received an email the following afternoon stating that our application had been selected for the final round. We were given a 30-minute window to make adjustments to our apps based on feedback received the previous evening. We polished up the user experience a little bit before being whisked away to an actual auditorium with a much larger audience. All four us took turns to present one key feature of the application each to our new panel of judges, i.e., developers and sponsors from Boston Harbor Now. After the presentation, we shared a few beers and laughs with our opponents before calling it a day.

We had a networking party the following evening at House of Blues, which is located bang opposite the historic Fenway Park. The Boston Red Sox were actually playing a game that evening, and the excitement in the air outside was palpable. Inside, I got a chance to pick the brains of some legendary Quick Base experts and also discovered how other companies were using the platform. Everybody I spoke to–including employees of Quick Base–were genuinely surprised to learn how well Elevate had integrated Quick Base into its workflow.

And then the big moment we had been so eagerly and nervously waiting for arrived–the judges got on stage to announce the winners of Quick Base App-a-thon 2017. “The Appinators” boomed throughout House of Blues epic sound system, and the name I had so nonchalantly discarded a couple days ago was now a proud emblem!

Another feeling of proud association and belonging followed just moments later when the logos our companies flashed on the big screen as were being interviewed. 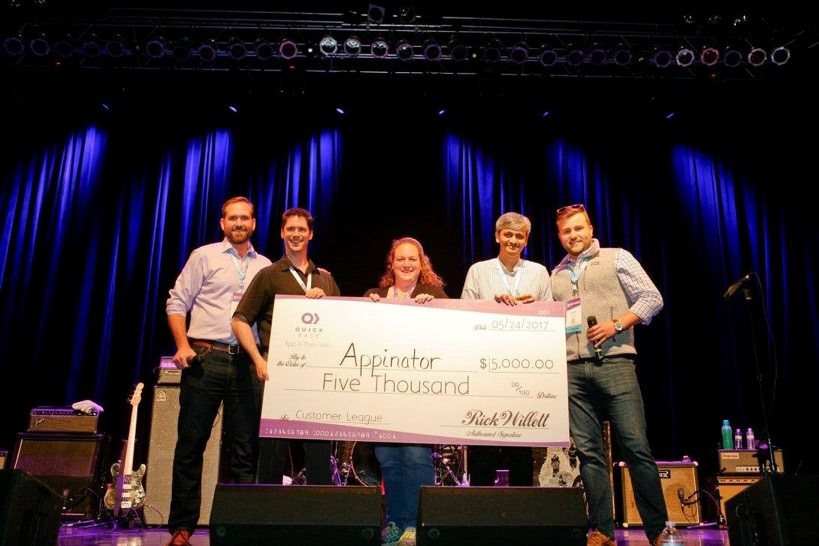 I spent another month in the US after this conference, traveling across five states and staying in eight different cities for varying lengths of time. To say I loved every single minute of my stay would be a gross understatement. This was thanks largely to my very warm hosts –and that’s an experience that would merit a dedicated article of its own. I can’t wait to return to the country, and I can’t help but wonder if that old consulate officer in 2002 was on to something after all!

“This competition was as much a test of temperament and people skills as it was of technical chops.”

Better Results Through Collaboration: A Recap of the Master’s Conference
Frazer Baron

The Recipe for eDiscovery and Document Review Success
Bhanu Relhan