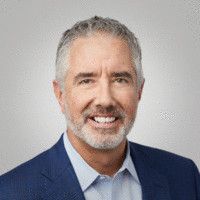 In 2007, Orrick’s then-Chairman, Ralph Baxter, stated that the firm’s captive Wheeling, West Virginia global operations center had saved the firm $26.5 million in its first 5 years of operation (See Orrick’s Ops Center: One Small Town’s Salvation). An average annual savings of $5.3 million is compelling, but could the firm have realized much greater savings by buying these non-core services from a third party provider who specializes in such operations?

Oddly, when comparing “make” and “buy” as it relates to moving their non-core services to a lower cost location, law firms rarely conduct a rigorous economic analysis of these two approaches. It’s almost as if the firms are satisficing their partners, clients and bankers by just doing something that saves money as opposed to capitalizing on this unique opportunity to maximize their savings and transform these activities over the long term.Comparative 5 Year Financial Analysis

We recently prepared a financial analysis of make vs. buy for a large global law firm that presented, in our 15+ years of experience, very typical and instructive results. The firm-defined in-scope, non-core support work required 70 FTEs in Year 1, and was projected to grow to 180 FTEs by Year 5.

When all costs for each approach were considered, a difference of $6 million existed at the end of Year 1 between make and buy. The “buy” approach created almost $900,000 in Year 1 savings, while the “make” approach required the firm to expend over $5.1 million in Year 1 alone just to get its support center up and running.

Even more dramatic was the 5 year cumulative analysis, which showed the delta between the make and buy approaches expanding to over $16 million. Over those 5 years, the “buy” option was projected to save the firm over $21 million, while the “make” option only saved the firm just over $5 million.

Stated another way, the model showed that the firm was effectively leaving over $3 million per year on the table by choosing to build their own captive operation!

The foregoing results raise the following question: assuming that global law firms are not in the business of routinely leaving $16 million on the table, how is such a broad savings differential possible?

Due primarily to millions of dollars in capital expenditures and other up-front costs (e.g., taxes) in Year 1, a firm choosing the pure “make” approach typically doesn’t realize any savings until Year 3 (at the earliest). Compare this to the “buy” approach, where in Year 1 the third party service provider allocates appropriate space in its existing low cost operations and bundles its comparatively negligible start-up costs into its FTE rates which, due to existing operational efficiencies, are significantly lower than any law firm could achieve on its own. This is, in the most literal sense, the definition of “economies of scale,” and it’s the fundamental basis upon which all third party managed service providers operate.

And, by the time a firm’s own captive operation begins realizing savings over its pre-existing operations, the service provider will have delivered 3 years of steadily increasing savings. In the foregoing model, Year 3 savings for the “buy” approach were projected at $4.5 million, while the “make” approach was projected to yield only a $1.4 million savings. That’s an especially tough pill to swallow at firms with declining or even flat revenues whose partners are weary of waiting for their personal contributions to the captive operation to pay off in a meaningful manner (see A Tough Year at Bingham from May of this year).

Digging into the numbers a little deeper, one of the most glaring cost differences between the make and buy options is in the cost of management and travel related to the firm’s own operation. In our experience, this is one of the most misunderstood and, as a result, underestimated expenses for law firms choosing to build their own operation. In this example, over the course of 5 years management and travel costs were estimated to be almost $9 million! That amount alone comprises almost 60% of the $16 million savings gap between the make and buy approaches, and it does not even take into consideration the organizational challenges many firms have experienced with keeping such management-level personnel actively and productively engaged in a remote operation of this nature. “I’m still spending a lot of time shuttling back and forth…” is a common refrain of administrative leaders at law firms that have chosen to build their own operation.

Can a Law Firm Captive Ever Match a Service Provider’s Savings?

Returning to the concept of economies of scale, it’s necessary to understand that the mere size of a service provider’s overall operations promotes steadily-increasing efficiencies and decreased operating costs. Coupled with the fact that a service provider is financially motivated to proactively maximize efficiencies in every aspect of its operation (remember: a law firm’s non-core activities are a service provider’s core business; see my earlier article, The Business of Law: It’s a ‘Make’ vs. ‘Buy’ Decision for Law Firms), it’s easy to conclude that a law firm captive, no matter how large or mature, faces a herculean task in trying to compete with the cost structure of an experienced third party provider’s operation.

In short, a law firm that chooses to build its own low cost center is essentially limited to playing just one card – labor arbitrage – whereas the service provider can and will pursue an aggressive efficiency strategy in addition to labor arbitrage. If a law firm were to attempt to play the efficiency card, it would find that because it has not previously created such efficiencies on its own, it is ill-equipped to do so and would need to expend even more up-front capital on external resources (e.g., consultants, training, new management-level hires). Such additional expenditures would only serve to widen the existing savings gap between make and buy, and would likely cause additional friction within the partnership.

In the final analysis, shifting non-core activities to a low cost location, be it under the make or buy model (or a hybrid of the two) always requires the firm to thoughtfully consider all facets of such an undertaking, including of course, the potential return on investment.

The mindset of a successful law firm usually reflects their partners’ individual mindsets: an “I’ve got this” attitude which, in most instances, is a tremendous asset to both the partner and the firm as a whole. However, in the context of maximizing savings on the firm’s non-core activities, firms should set that mindset aside and consider the possibility that hiring a third party partner to take over these services is the most prudent and financially sound course of action.

The Business of Law: It’s a ‘Make’ vs. ‘Buy’ Decision for Law Firms
Kevin Colangelo