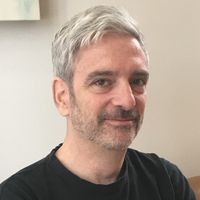 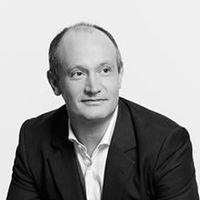 Ben Williams joined Elevate in March 2021 as VP and General Manager of our Contracts Services business unit. Widely recognised as at the forefront of innovation in the legal industry, Ben founded Peerpoint, Allen & Overy’s Flexible lawyering business and the first provider of consultant lawyer services launched by a top-tier global law firm. Before launching Peerpoint, he was Head of Business Improvement at Allen & Overy and led their internal consulting unit introducing new models of legal service delivery within the firm. He recently spoke with Elevate’s Tom Hershenson about his career and what brought him to Elevate.

What led you into the legal industry and specifically to the intersection of innovation and legal service?

I was born and grew up in southeast England and studied at UCL, majoring in psychology and anatomy. People always find it slightly amusing that I started out dissecting humans but somehow ended up doing what I do. After university, I ended up at Allen & Overy by chance starting in a role that combined HR, technology, and data. Things went from there.

As my career progressed, I have tended to be the person who could bring people and team together with technology, data, process, multi-country functional organisation and change with real business needs, all without being an expert in any of them! Over time I progressed from technology and technology projects to more complex business projects to launching and running businesses. I draw on all of those areas in my role at Elevate.

While at Allen & Overy, you founded and built out PeerPoint, their flexible lawyering business. What led up to that?

I led several “front office” legal delivery initiatives for Allen & Overy before PeerPoint, gaining a reputation for building capabilities that were robust, resilient, really high quality and very commercial. At first, that was as the person who sat between HR, finance, and technology, helping them work together effectively (when none of them really understood the others and didn’t really want to!).

In 2010 we set up an internal consulting group looking at how to deliver legal work differently – the front office, if you will, rather than back-office stuff. In 2011, I set up our legal services business in Belfast, what back then the firm would have called a captive LPO. Apart from A&O’s online services business set up ten years earlier, that was the first of what is now a suite of “advanced delivery” business units.

I was doing loads of stuff around legal project management and legal process improvement, looking at technology and outsourcing partnerships and more – a very broad mix. That was when I first met Liam and John, who were very flattering about what we were doing, especially compared to other top tier law firms.

How did PeerPoint come about?

What has become Peerpoint started as just another initiative – considering whether the two or three ad hoc consultancy arrangements we already had could be scaled properly. Whilst we weren’t first, it’s fair to say that we were at the forefront of demonstrating that, yes, that model is viable and mutually attractive to lawyers, our clients, and to the firm itself.

I launched Peerpoint near the end of 2013 and ran it for the next seven years. By the time I decided to move on, PeerPoint was operating in the UK, Hong Kong, Singapore, Sydney for Asia-Pacific, and various other locations and was a pretty sizable business.

How would you describe your professional “evolution” at PeerPoint?

Peerpoint was a project that became a business. You learn a lot from running a resourcing business and from moving out of start-up into scale-up. You come to understand first-hand what it means to create, operate, and grow a business. Not only the mechanics of providing a service but also developing and executing strategy, but top of the list for me is the human side of a business. Building and leading a team, developing a culture, inspiring your colleagues to shape and buy into the organisation’s vision. All of that helps one better understand what customers need and how to manage and accomplish change.

What prompted you to come to Elevate?

It’s hard to leave something that you’ve built, but it’s also exciting to take on new challenges. I knew Liam already and consider him among the standout figures in the industry. There is lots of “noise” in the legal world, but not so much a proven track record. That was a consideration, along with the calibre of Elevate’s people and its leadership team.

Also, Elevate isn’t an adjunct to a larger organisation; it’s “all-in” on legal services and tech. It’s established but still young – it’s like a start-up in that it’s entrepreneurial, nimble, and hungry. It’s an organisation that has direction and purpose to it. A big part of that is a customer-centric ethos.

But the most significant factor was how Elevate brings different capabilities together to meet customers’ needs holistically. You don’t get that with start-ups or companies that play in just one category. Sometimes a customer has an isolated problem that they need to address, and Elevate certainly can do that. But other times, a customer has its hands full with an array of things and needs help across all of them. That’s where Elevate’s breadth of offerings really sets it apart.

But the most significant factor was how Elevate brings different capabilities together to meet customers’ needs holistically. You don’t get that with start-ups or companies that play in just one category. Elevate’s breadth of offerings really sets it apart.

Do You Remember? The World When Elevate Began
Tom (Hersh) Hershenson